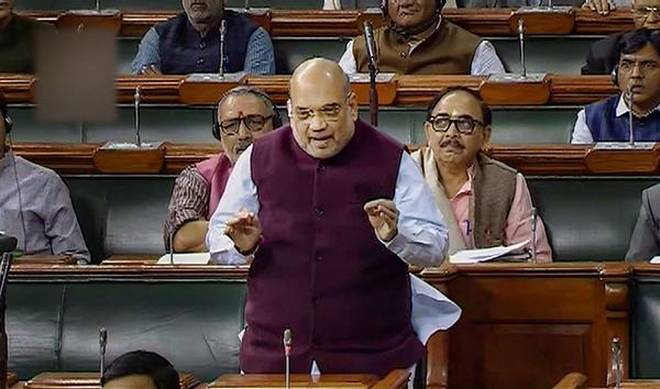 Home Minister Amit Shah today rejected the contention of the Opposition that the Citizenship Amendment Bill was regressive and said the legislation was “not even 0.001% against the minorities of the country”. As Congress MP Adhir Ranjan Chowdhury called the bill “nothing but a targeted legislation over minority people of our country”, Shah said he was ready to respond to all queries “but the Opposition must not walk out”.

The contentious Citizenship (Amendment) bill seeks to grant Indian citizenship to non-Muslim refugees from Pakistan, Bangladesh and Afghanistan escaping religious persecution there. The BJP has issued a three-line whip to all its lawmakers to be present in Parliament from Monday to Wednesday.

“All BJP members in Lok Sabha are hereby informed that some very important Legislative Business will be taken up for discussion and passing in the Lok Sabha from Monday, the 9th December 2019 to Wednesday, the 11th December 2019. All members of the BJP in Lok Sabha are therefore, requested to be positively present in the House and support the government,” the letter reads.

The Bill has triggered widespread protests in northeastern states with a large section of people and organisations opposing the Bill, saying it will nullify the provisions of the Assam Accord of 1985, which fixed March 24, 1971, as the cut-off date for deportation of all illegal immigrants irrespective of religion.

Apart from this, on Monday, Amit Shah is slated to move the Arms Amendment Bill 2019, and External Affairs Minister S Jaishankar will move the Anti Maritime Piracy Bill, 2019, among others.

7 UP Policemen suspended for negligence of duty

BJP WILL WIN BOTH MAHARASHTRA AND HARYANA NEWS MANTRA PREDICTION